I’ve been reading a lot of bridal magazines lately. And although a few months ago I might have classified even one bridal magazine per lifetime as “a lot” – or, dare I say, “one too many” - these days “a lot” is actually… well, a lot. Enough to wallpaper the pantry masquerading as my study, for instance. Twice.

I have not gone mad. The reason for this newfound hobby is simple: a dear friend of mine is getting married and has asked me to be her bridesmaid. And before I go on with my cruelty and anti-marriage shite, please, allow a brief disclaimer to say that I am ecstatic that she and her fiancee are tying the knot and quietly stoked to be involved on the day. Anyway...

My distaste for this sort of thing is not motivated entirely by my distate for marriage. While I may not be exactly the marrying kind I don’t actually HATE the idea behind it - a big booze-with your friends and family and presents besides – nor those who choose to do it. But faced with page of smiling couple after page of smiling couple it only take to about page 30 or so before you can’t help doing the maths. I don’t keep up to date with divorce statistics but I assume they still sit pretty close to fifty per cent. Which means you can draw a line through the centre of any given page and… well, you know.

Now I know that magazines exist to sell readers idolised versions of themselves. For women’s magazines this is a sort of vision of what you could be if you ate nothing but rice cakes and cocaine all day. But while there are plenty of people prepared to slag off the fashion glossies that depict prepubuscent thirteen-year-olds writhing around on catwalks, beaches or the thighs of Armani-clad models, where are the people complaining about the particular brand of false hope dished out by bridal magazines?

Fuck calling for “real women” (somewhere between a size ten and the half of the two fat ladies that is still alive, I gather) to be included in bathing suit spreads, why is nobody calling to have images of real marriage included in bridal mags?

But that doesn’t make it right.

Even a single photo of a sexless, running-to-fat couple sitting in dinner table silence would be sufficient to lower the marital expectations of the average reader, if not lead them to re-think this whole marriage malarky altogether. Get those damned statistics down, maybe.
Posted by my name is kate at 12:43 PM 7 comments:

A pre-emptive apology to everyone who will be at tonight's quiz night...

Tradie screaming out the (open) door of his truck...: "It's Friday! Have a good weekend you f*cking f*ggot!"
Posted by my name is kate at 4:52 PM 2 comments:

Three things to say when you've just seen a show on someone elses dime and not liked it very much...

Late last year I had a lot on my mind. So much on my mind, in fact, that for a couple of weeks my insides were so knotted up with anxiety that I abandoned my usual motto of ‘gluttony for all, especially me’ and ate bugger all. A toasted cheese and satay tofu sandwich sidled up to me and I gave it a polite thanks but no thanks. Chocolate coated pralines threw their slutty wares in my face and I turned away. Hot chips sat by the phone, weeping into their salty deliciousness thinking “why won’t she call?” As a result I lost a bit of weight and then had to put up with everyone telling me I’d lost a bit of weight (Oh who am I kidding with this “put up” malarky – I loved it, just like you do).

Anyway, a couple of months (and any lost weight regained) later my brain has exploded in confusion with the knowledge that apparently worrying makes people fat. Frick. I’m very concerned.

Now, before I go on you might want to consider two pieces of information: firstly that this ‘news’ comes from some random university I’ve not heard of in Quebec (apologies to Universite Laval in Quebec but you’re not exactly Harvard, eh?) and secondly that I only heard this information secondhand via David Mitchell’s reliably-hilarious column for The Observer. Meaning that from Quebec’s mouth to my ears has been a long journey via several keyboards (probably), a dodgy French website (allegedly) and a frisky game of Chinese whispers (now I’m just guessing). Plus I haven’t had lunch yet so my blood sugar is dangerously low.

Disclaimer over, even so, if there’s a single grain of truth to this it is incredibly disturbing. Because surely we all know that the one good thing about times of stress or mental breakdown is that we look damn good doing it. Sure your boyfriend’s left you, you’ve lost your job and you’re throwing up every time the phone rings but my god are those ribs I see?

I direct you back briefly to Mitchell’s snappy analysis which contains this gem of truth:

“Grateful as I am to the scientists and researchers who have provided us with this annoying information, I’m unclear as to what they want us to do with it.”

Exactly. The problem here is obvious: this news, if true, is worrying. Worrying makes you fat. Getting fat makes you worry. You worry about worrying. You get fatter. You worry even more about your thighs rubbing together when you walk. Soon enough kind-hearted beachgoers are trying to roll you back into the ocean. There’s no escape: you’re trapped in this horrible fatty cycle forever. Unless, of course, you can chill the fuck out, put your feet up and Stop Worrying. Which is easier said than done when you’re a 300 pound fretter drifting out to sea.
Posted by my name is kate at 2:56 PM 4 comments:

You've never heard of a gun? Pills? Get with the program.
Posted by my name is kate at 4:42 PM No comments: 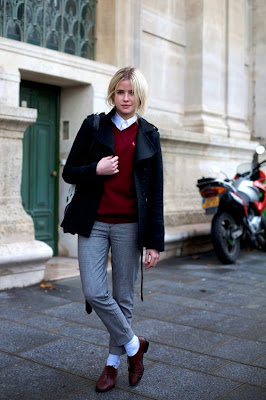 ON HER: Adorably chic and sexy. You want to fuck her in the street* and then take her home to get married in a simple garden ceremony.

*As a quick aside: Is it just me or is this blog getting filthier? Thoughts, please.
Posted by my name is kate at 3:46 PM 6 comments:

Q: What's the difference between hard and light?

He was born like this, he had no choice, he was born with the gift of a golden voice: introducing my latest Token Smokin Hottie: Leonard Cohen 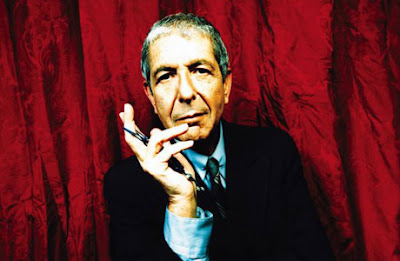 I am not into older men. I have never really been into older men. Indeed, if anything, I tend the other way. Like many of the boys, or indeed men, I know, I tend toward the lusciously young: the peach-skinned youths with soft cheeks and smooth chests who I run into at train stations and parties, rather than the contour-lined faces of men I meet through work or at dinner parties, sitting on the other side of a vegetable lasagne (cooked largely for my benefit: meaning I must go back for seconds even though I don't actually fancy eggplant that much and I'm really, really full) telling me about their investment properties.

No, no, fuck those guys - I may be 26 and technically Getting On In Years but Jesus I love their young skinny counterpart as much for the way they look in tight pants as for the way they DON'T ask for my opinion on, well, anything.

And yet. Tonight I discovered the exception: freaking Leonard Cohen. Because MY GOD. I mean the man is in his 70s. He is grey haired and jowled and, yet, when dear Lindsay leant across to me tonight and murmured into my ear: "his voice is sex" I could not disagree. It does strange things to me, this voice. He is dreamy. He is sex. I would still, and yes it pains me to admit it, go there.

The tragedy is that this great love has robbed me of the ability to be amusing about my crush. All I can say is that I would actually quite like to sleep with Leonard Cohen. That's not a joke - that's just, you know, reality. So, um you know, while I would like to have an open discussion about why it is that society deems men to generally get more sexually attractive as they get older than women and whether this is complete guff or rooted in some sort of clever evolutionary drive, all I REALLY want is to urge someone with any sort of connection to Mr Cohen to give me a call. That's right: sex has offically replaced semantics. This is what growing up feels like, fuckers. Now, give me a call...
Posted by my name is kate at 12:26 AM No comments:

I have been accused in the past of being a chronic unromantic. Accused unfairly, I think I should add.

I have issues, I've been told with an (alleged) inability to express genuine emotion, even in cases where it is there. Supposedly I am so terrified by commitment and so repulsed by the dullness of long-term love that I regularly belittle romance, both my own and other people's. These are simply wild, wild rumours. Because while, yes, I have been known to respond with a polite "thankyou" to declarations of love I do feel that rumours my heart died somewhere around the summer of 2004 have been exaggerated.

Because suddenly I find myself madly in love. Consumed by it even. I literally cannot stop thinking about this hot new piece of arse in my life without feeling my heart catch a little. I wake and think of him. I lie in bed at night and wish for his presence. In somewhere under a decade of relationships nobody has ever given me so much and asked for so little in return.

So... details, details. Well technically his name is Zolpidem but I like to call him Stilnox or Noxy, for short. He likes that.

You'd just love him, too, if you met him. I mean nobody potentiates gamma-aminobutyric acid like him and the way he binds to it? Phwoar. Don't even get me started. Of course crtics or puritans might suggest I've moved too fast, having jumped into bed with him already but... you know, fuck it. Waiting does nobody any favours and I've just had the best two nights (sleep) of my life.

And sure, as in any relationship there are some downsides. Like say, ooh I don't know, potentially er hallucinations, delusions and impaired judgement and reasoning. There's also a risk of sleepwalking, night terrors and apparently that thing where you get up and eat everything in the fridge without waking up (which actually sounds kind of awesome to me but what do I know?). Then again, what new relationship comes without risk? In a point-by-point comparson with the ex who once forced me to drunkenly scale the rickety wooden trellice outside his house in a bid to avoid his parents one night, I think Noxy comes out on top on all points. Plus he lasts for seven hours. Phew, I'm just saying.
Posted by my name is kate at 8:35 AM 2 comments: 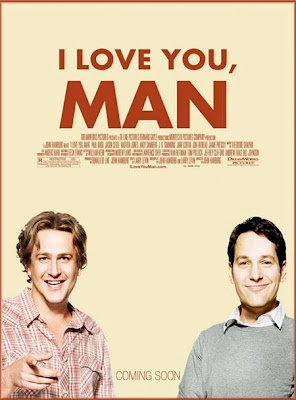 I have absolutely no idea what this movie is about but it's going to be the best movie ever.
Posted by my name is kate at 10:32 AM 4 comments:

... my (sleep deprived, jet-lagged) body may or may not have developed an immunity to sleeping tablets. Fucking brilliant.
Posted by my name is kate at 10:18 AM 3 comments: