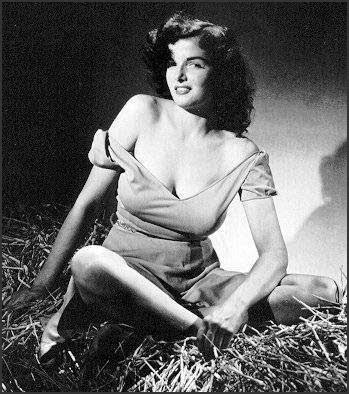 Pros: The obvious ones.

Cons: Slogan t-shirts tend to be a tricky area. Wearing my newly-acquired Worst of Perth Perth: the Bunbury of the North shirt to the getting-harder-every-week Paddy Maguires quiz night the other day, for instance, it occured to me that you would pretty much have to crawl into my belly button to be able to read the punchline. Plus whenever someone says "nice shirt" you immediately suspect them of leering at your tits, despite the fact you are wearing an item of clothing more or less imploring them to do just that.
Posted by my name is kate at 10:51 AM 3 comments:

To the girl walking down The Terrace today wearing hotpants, a beret and a giant Nikon camera slung around her neck like she thinks she's fucking Henri Cartier-Bresson,

Best Regards
Posted by my name is kate at 3:43 PM 2 comments:

a)allowing your car to run out of petrol
b)calling your Dad to help you deal with situation a)?
Posted by my name is kate at 11:07 PM 6 comments:

The older one gets the older everything else in general feels and the harder it becomes to believe that one is learning anything or is capable of being surprised by anything anymore.

So I was heartwarmed (and, obviously, slightly flummoxed) by news from a very close 30-something friend that she had just learned how to use Eftpos cards. This week. Yes, this very smart and well-educated friend found herself in the supermarket line when she realised she'd forgotten her credit card. Recalling that she had left it at home, she called her husband and asked him to bring it down. He, sensibly, asked why she didn't just put it on her bank card. It was then (over his hysterical laughter I assume) that said friend learned one's bank card cannot be used simply at ATM machines but to pay for goods and services at a wide variety of locations.

One can only dream that such a delightful surprise lurks around the corner for all of us.
Posted by my name is kate at 5:44 PM 2 comments: 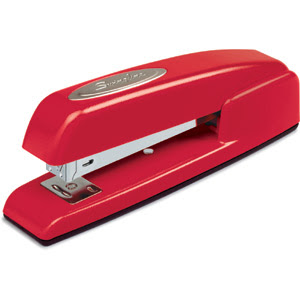 If a colleague is in danger of driving me to insanity could it be termed self defence if I repeatedly stapled him or her in the head?
Posted by my name is kate at 10:53 AM 4 comments: 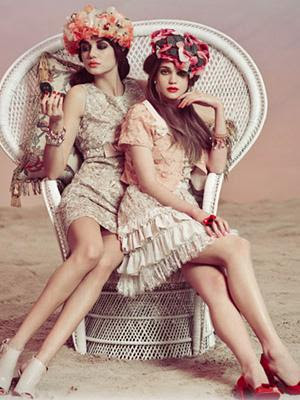 On Saturday I bought what I believe to be the single most expensive item of clothing I have ever bought: a beautiful red Alannah Hill dress that I cannot find a picture of (ie: it is neither of the AH dresses pictured above, which are also very cute)

Before I made this latest and greatest of acquisitions I sat down with The Boyfriend to discuss over lunch at the Belgian Beer Cafe, as a sensible Girlfriend sometimes does when she wants to pre-emptively ease her guilt. I showed him change room photos of me in the dress, discussed the NUMEROUS places I could wear it and whined for a bit about how it had been aaaages since I bought anything (grateful he hadn't been home when the amazon.com boxes arrived). Andy, being equal parts charming and disinterested shrugged his shoulders, said I could do what I wanted with my own money and then sweetly asked if I could go and order him some hot chips from the bar.

The only bit Andy didn't get, as he explained to me while dunking chips into aoli (god they do it well at the BBC), is why I was so excited about my impending acquisition. To Andy, clothes are just clothes: some of them look better than others but they are still just clothes. To me, as I explained while stuffing my gob with chips, every new outfit - particularly a radically new outfit unlike anything you already own - is a new chance to reinvent yourself.

This is not a new realisation of mine.

Many years ago a (now ex) boyfriend convinced me to buy an adorable 1920s-style bucket hat. The hat was beautiful but not, strictly speaking, very practical. I was not, I told the boyfriend apologetically, really A Hat Person. Wisely he responded with the observation that if I bought the hat I would become a hat person. In essence, if I bought it (the hat), it (the hat-implied lifestyle) would come.

He was right and he was wrong but the thought has stuck with me ever since.

This dress, for instance, gives me a little glimmer of hope that I could yet become one of the Alannah Hill girls depicted in the ads: hair bouffed, lipsticked smile genuine, spending my days faffing about on a garden swing or looking like I'm about to have tea with the Mad Hatter. Instead of, say, spending 10 hours in front of a computer five to six days a week, typing until my eyes glaze and my wrists start to throb.
Posted by my name is kate at 2:43 PM 2 comments:

Get Back on the Horse 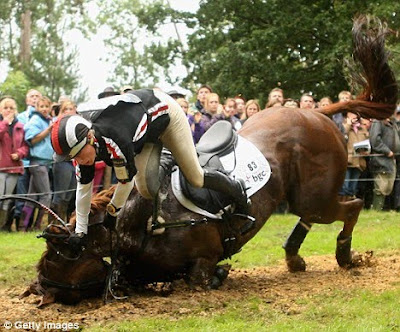 The phrase 'get back on the horse' has always had a certain piquancy for me. Except piquancy isn't the right world at all. What I mean to say is that it Pisses Me Off.

It's been said to me (and others) a few times over the years, usually in times of personal distress, and every time I want to say that’s shit. Instead I smile, nod and waste for the next platitude to be rolled out so I can ignore that one too.

The thing about this particular phrase is that it doesn’t even make sense. Supposedly it comes from the adage ‘you have to get back on the horse that threw you’. Brilliant idea. You’ve been hurt once doing a particular activity so instead of abandoning said activity you’re supposed to give it another crack and hope, in the face of reason, things will turn out differently this time. What next? ‘Put your hand back in the fire?'

When I was 10-years-old or so I had my first bad fall from a horse. And if only I had ignored popular opinion about these sort of things and stayed on the ground it would have done me a lot of good.

The whole thing was stupid and pretty much my own fault: at my weekly riding lesson I'd insisted on going around the paddock just one more time. Almost immediately I lost control of the pony (a beautifully-natured palomino called Bindi, who would later be sold by my teacher to the riding school at Claremont Showgrounds, where, in a move that intensely depressed at the time, she was given a new name).

Of course it's easy to romanticise lost loves and, with hindsight, I can see that Bindi had her problems - she suffered from delusions of grandeur, for a start. She must have. Because when I lost control and she could no longer feel the pressure of my hands on the reins she decided she quite fancied trying to jump the four foot high electric fence that edged one side of the paddock. I'm sure it seemed like a good idea at the time. It wasn’t. Bindi brought down the fence, which burnt into both her lovely little legs and my exposed pre-adolescently-soft arms. I was so entangled in the wire of the fence that when my teacher picked me up from the ground she got an electric charge off my hands. I stood up to learn that the seat of my jodhpurs had been torn off.

Once she had established I was more or less okay my teacher sent her son to the stables to bring back another horse, Crackington, for me to ride back (Bindi having retired to a distant corner of the paddock, from where she and I regarded each other with mutual suspicion.) Crackington was the pride of my teacher’s stable – a beautiful chocolate brown block of a horse too tall, lovely and valuable for any of us who attended the weekly lessons to ride before now. My teacher's son led Crackington back and I was helped onto his enormous 17-hands-high back.

I slipped the reins along Crackington’s neck and over his head so my teacher could take them, happy to cede control now that I could feel my left arm beginning to throb, resting my hands on his withers, which shifted under me as he followed my teacher forward.

Later I would conclude that one of the strands of the electric fence must have touched the frog of Crackington’s hoof - that soft little triangle of flesh that groomers know to avoid, the closest a horse will ever get to a fingertip. Otherwise it’s tough to imagine what would make 17-hands of dark brown muscle lose his shit as thoroughly as Crackington did then, ridding me of all my romantic notions about him as he reared and I slid out of the saddle.

I walked the long walk back from the bottom paddock to the stableyard, my ten-year-old arse hanging out the hole in my jodhpurs, the burns on my arm stinging like a bitch, blood on my right hand and cheek from I-didn’t-know-where.
Posted by my name is kate at 7:54 PM No comments:

This made me laugh.
Posted by my name is kate at 7:53 PM No comments: 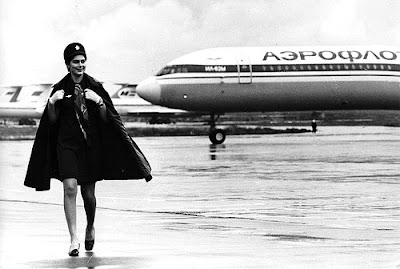 I know that I give a lot of grief to people who can't behave themselves on planes. But there is a reason for this. The way that we behave in airplanes is indicative of the way we behave in real life. Actually being in a plane is a lot like life: it's a bit boring, sometimes entertaining and definitely best spent a little bit tipsy. Having recently returned from an interstate trip that brought me into close proximity with a wide variety of douchebag fellow passengers, I propose said douche's can be divided into one of four categories.

Hey are you leaving home or coming home? Me too. I've been in Cairns for a fortnight, great weather but I'm exhausted. Why is your meal so early? Oh why are you vegetarian? Are you going to try to sleep? Me too but I never can. What do you think about- No. Just not. Just shut the fuck up. This thing I'm doing with my hands and my eyes? It's called reading, not listening.

Self explanatory for anyone who has ever faced the choice of straddling the bulging belly of an aisle-sleeping fatty fat fat fat who has left his tray table down and festooned with his SHIT, just in order to get out of a window seat, or shaking a complete stranger awake.

The most wide-ranging of the categories. This may be as simple as the dick who is rude to the flight attendants or the dick brain who treats the empty seat between the two of you as his own personal kingdom. Take your feet off the seats, dude, or I will stab you with this plastic fork.

The perfect passenger. Obviously.
Posted by my name is kate at 11:32 AM 2 comments: