Lessons learned from watching the movie That Awkward Moment

Women be shopping.
Posted by my name is kate at 10:00 AM No comments:

Fun Fact: Scenes from my gym

My body combat class has a move called "street brawl" where you literally pretend you are holding someone down on the ground with one arm so you can repeatedly punch them with the other. I... don't know how to feel about that.
Posted by my name is kate at 1:57 PM No comments:

Being sick: then and now.

Then: It meant a day off school.

Now: I usually feel too guilty to call in sick, convince myself I'll be fiiiiine and wind up shivering at my desk, staring into the middle distance and feeling wretched. See: today.

Then: People (read: my parents) brought me sweet treats and let me eat them rugged up on the couch in front of the TV.

Now: I just did a coffee run for the office and now I have some random veggie stew for lunch that looks a bit like vomit. If I'm not already sick before I eat it...

Then: People (again, read: my parents) took care of me.

Now: I can't even take care of myself. I mean I'm really thirsty but the walk to refill my drink bottle is just... too much.
Posted by my name is kate at 11:31 AM No comments:

Clearly I am a big pussy because I started to write something about this awhile ago but then I started reading it properly and sort of blubbing and so I stopped that and never wrote the post because, you know: tears. This time I’m not even going to try to write something about what Jillian Meagher’s husband has written, except to say that it is probably important and definitely gutsy and – as the blubbing may suggest – quite sad. I also can't stop thinking about the Maya Angelou quote he mentions, which is lovely:


Since Jill died, I wake up every day and read a quote by Maya Angelou – “history, despite its wrenching pain, cannot be unlived, but if faced with courage, need not be lived again.”

Things you do not want to happen to you while at the movies and eating a delicious easter egg that happened to me at the weekend:

Have the button on your jeans literally... fall off. I mean, the easter egg wasn't that big...
Posted by my name is kate at 2:58 PM No comments:

Words to live by

"Elegance is refusal." (Coco Chanel)
Posted by my name is kate at 9:20 PM No comments:

Overheard in my lounge room

"If Mr Whiskerley (the cat) was a character in Les Miserables, who would he be?"


(The answer, btw, is clearly Enjolras - I will truck no argument)

For X-Men geeks only

Gambit was always my favourite X-Men character, pretty much because he and Rogue were cute as a button together what with all the tortured feelings and, well, I'm not saying I attempted to write (and illustrate!) a spin-off comic involving those two but I'm also not saying I didn't, if you see what I mean. I digress. What I'm saying is that Gambit in the comics is cool, damnit, especially to an impressionable tween. That fact did not stop me from laughing at this skit because... well, kind of yeah.

Things that grind my gears

Those two dicks from Queensland on My Kitchen Rules who always talk about "the ladies" and make gross sexist generalisations about all of womankind. Their most recent generatlisation about a dinner party that was all women was that, because of the absence of cock, "it could go one of two ways - a hen's night or a cat fight". Ew, no.
Posted by my name is kate at 2:40 PM No comments:

Scenes from my life

I know it sounds like a made up line from a book or a dumb movie but today at the gym when I opened my purse to take out my membership card a chocolate bar wrapper fell out. THAT IS ALL.
Posted by my name is kate at 2:38 PM No comments: 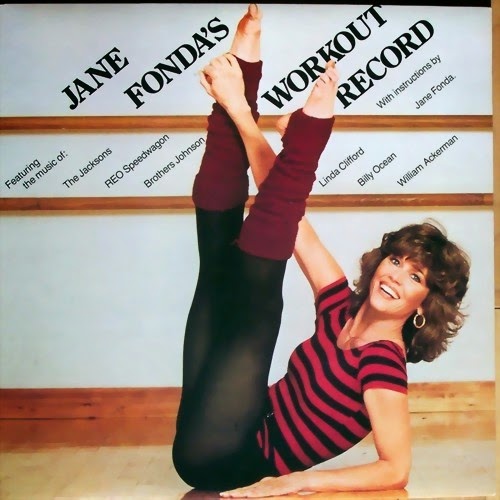 I haven’t been blogging too much for a number of reasons but perhaps the biggest is that I have been a bit too preoccupied with that most boring of all things: losing weight.

My weight loss has not been a big exciting thing, like those women you read about who lose 200 pounds, but a sort of small, slow and pretty dull thing. I only had about 5kg to lose and I lost it in the most boring way possible: I went to the gym more. I ate less. I drank less. I socialised less. It was fiiiiine.

Now I find myself in that weird place where I’m no longer doing what I’ve spent the past couple of months trying to do –lose weight – and just trying to keep it off. It takes practices that maintenance does. I’ve never been one for regular weigh-ins in the past but that’s probably why my weight has fluctuated over the years. In the past I’ve never really realised when I’m getting plumper or skinnier until I see myself in photos and think ‘oooh’. Now I try to weigh myself most days and although I know plenty of people who think it’s weird and head fucky to weigh yourself that often I find it works for me and stops me from freaking out over an anomaly. I try not to let my day be determined by the number on the scale although, as Andy can attest, it does affect my mood. I’m only human. Except for the fact that a lot of my dresses no longer fit as well as they did and tend towards looking slightly sack-like I like my ‘new’ body. I’m fitter than I’ve been in years and years, I think I look better. My boobs are… well they’re actually kind of small. I’m not sure how I feel about that bit, actually, but I’m getting used to it. So for me, although it’s been a boring few months I’m glad I did it.

This post is not in keeping with the spirit of this blog, inasmuchas there IS a spirit of this blog but for whatever reason I felt like I had to write something to acknowledge what I’ve been up to. Losing a few kilos, which is not such a big thing, has changed other aspects of my life too because of the ways in which my lifestyle has changed. It's made me happier, calmer, just... better.

Anyway, this entry was prompted by a recent meeting with a friend, who was surprised by my slightly-skinnier body and asked how I’d done it. I mumbled something self deprecating and changed the subject, as I am known sometimes to do, but when I got home that night I lay awake and thought about it. So this, young readers, is what I should have said to my friend.

Phew. There you go. The first and last time I ever hope to write about weight loss. Because: boring.

Less boring: Comedy Central’s new show, . I’ve only watched two episodes and it has thoroughly charmed my heart. Go watch.
Posted by my name is kate at 6:01 PM No comments:

Just for today, give me this 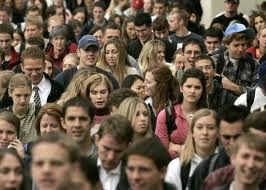 I am so over people. I know I’m just having a bad day. I know people are not all bad. On the contrary I believe most people are nice or at least good, honestly I do. But today… well, today people are just The Worst.

I am over people at work. I am over pitching stories, working hard on stories and not seeing those stories run or seeing them cut to shit. I am over having to make conversation, take an interest in other people’s lives and answer my damn phone. I am over people blaming their mistakes on me.

I am over people outside of work who run down my employer and/or my profession even though they don't understand it or, possibly worse, ask if I've been on holiday because they haven’t seen my name in the paper for awhile. Tip to the world: PLEASE NEVER SAY THAT TO A JOURNALIST UNLESS YOU HATE THEM AND WANT TO MAKE THEM CRY.

I am over the person who emailed me today to tell me what an awful person I was for trying to do my job in the least invasive and traumatic way possible. I am over what a bitch she was, even if she had a right to be pissed at me, and I am over fighting the urge to be a bitch back. I am super over the way she corrected my spelling. I mean, whatafuckingbitch.

I am over the person who keeps harassing me to do a story on something that is not a subject I cover and is not a story anyway. I am over her passive aggression and her stupid follow-up emails. I am over the way my heart sinks when I hear her voice.

I am over the woman at the local café who I swear smirks at me every time I go in because she probably thinks I’m a loser for drinking so much hot chocolate.

I am over my friend of 10+ years who got married and from whom I literally never heard again. I am over the fact she is now pregnant and the only way I know that is because I’m Facebook friends with her husband.

I am over friends who never ever instigates catch-ups and leave me secretly suspecting that they hate me.

I am over the woman who takes my Monday morning Body Pump class and always stuffs up the routines or makes her own changes that confuse everyone, including me. I am over the girl who was in front of me today and couldn’t get the timing right. I am over the other girl who put her bench super close to mine even though there was a tonne of room. I am over the guy at the desk who spoke to me that one time and now acts like we didn’t have a proper conversation ever and he doesn’t even recognise me. I am NOT over the good instructor who takes my Body Attack class and on whom I have a deep non-sexual crush based on admiration of her upper arms.

Today I am basically over the world.

Tomorrow: free hugs!
Posted by my name is kate at 4:35 PM No comments: 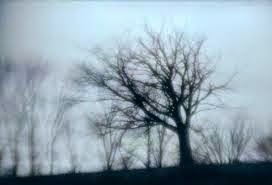 "In the middle of winter I at last discovered that there was in me an invincible summer."
(Albert Camus, Return to Tipasa)

Hotelier: We had (celebrity) stay with us recently.

Me: Really? I had such a crush on him back in the day.

Hotelier: Yeah he's pretty lecherous these days.
Posted by my name is kate at 10:52 AM No comments:

Not to offend the interwebs or anything but in my experience 99.9 per cent of fan fiction is not for me. Much as I love, love, love Rainbow Rowell's book about the topic, Fangirl*, I don't seek out or read fan fiction except in unusual circumstances because I'm just not interested in what most people have to write. Which made it all the more delightful to stumble onto this bit of truly delightful fan fiction where a well known (to certain types of people) fan fiction author writes a short, funny fan fiction about... not cheating on her husband with Benedict Cumberbatch. It is delightful.

* Seriously, it so so so good. This is the first book in a long time that I have finished and just... started reading it again because I wasn't ready for it to end.
Posted by my name is kate at 8:59 AM No comments: