Thoughts I had while cleaning out the pantry...

... why the fuck do I have three giant bags of nearly full sugar?
Posted by my name is kate at 5:56 PM No comments:

I am beginning to worry... 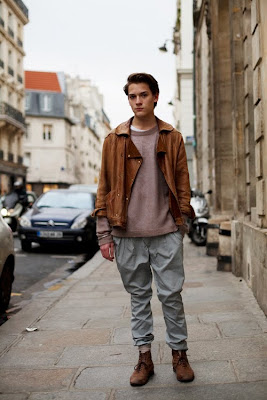 ... that I am getting old enough to be a little bit obsessed with youth. I don't think I'm quite at the Death in Venice or Lolita stage of obsession but let's just say that if I saw this Parisian boy strolling the streets of Perth I would stalk ten types of hell out of him. And possibly lure him back to my place with a bag of sweets.

NOTE: Pic comes from The Sartorialist without permission.
Posted by my name is kate at 6:23 PM No comments:

Thanks, but I couldn't possibly... 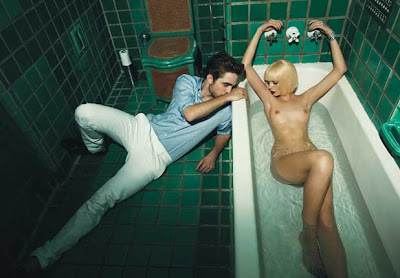 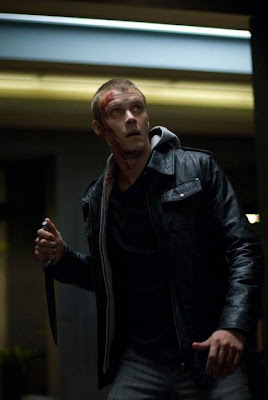 I have been a very lazy and thoughtless blogger lately, for a whole variety of reasons. For starters, as most of you know, I have been busily attempting to become a home owner. Apartment owner. Whatever. For another I have been doing a bit of travelling, mostly for work. Finally I have been rather uninspired and uninspiring lately, completely bogged down and generally Bored As Fuck with both the writing I am required to do for my job and the writing I do for free.

Nevertheless, to mark my return to more regular (I hope) blogging, let’s take it back to what this site is really all about: Token Smokin’ Hotties and the women and men who love them (okay that category may only include me but I'm sure there are a few fellow pervs among my slender readership).

Specifically let’s talk about Michael Dorman, of whose existence I was entirely unaware until last night when he cropped up in the Aussie vampire film, Daybreakers.

To answer your first question, no Daybreakers isn’t great: it started really well and looks consistently great but it gets pretty nuts towards the end and the gore factor goes from mild to extreme, um, very quickly. I for one could have done with seeing fewer heads being pulled off bodies.

However, Michael Dorman – who plays the brother of the main character, who in turn is played by Ethan Hawke – is so blindingly delicious that I would heartily recommend the movie to anyone who likes-that-sort-of-thing and has a bit of spare cash, merely that they might drink in the beautiful liquid pools of Dorman's eyes.

He’s so hot, indeed, that I started to get ANGRY every time the camera cut away from him to Ethan “face like a scrunched up towel” Hawke - a decent actor I once swooned over but who is now increasingly beginning to resemble a goblin with a wasting disease.

He’s so hot that he looks good with a gun, this Dorman - even to a stooge like me who usually finds men with guns about as hot as a pap smear. In fact, fuck it, Dorman's so hot he kind of made me wish that I was a gun that he could swing about and slide down the back of his pants, holster and load then cock and …. *long pause while Kate regroups and reconsiders her NRA membership*… I’m sorry, aaand I’m back.

Anyway, the bitch is smoking hot, that’s all I’m saying, and he can act too, which is a plus but not a requisite for the Token Smokin' Hotties of this world. His American accent certainly shat all over that of Sam Neil and Claudia Karvan (who I actually like but who I thought was fucking dreadful in this). Somebody get this guy an awesome script and a hit movie that we might see more of him. And I mean that literally.
Posted by my name is kate at 5:22 PM 9 comments:

Dubai TV is so fucking awesome I can't even explain it. I spent 10 minutes (being driven from the airport to the cruise ship) in the back of one of those cars with a TV in the headrest and saw a dude high-kick three other dudes in the head while his girlfriend got literally stabbed in the back. The weirdest thing was that the whole show/movie(?) was shot in a weird way that made it look kinda exactly like a car commercial. A violent, awesome car commercial. Then, on my cruise ship TV there was this one channel that showed simply a close up of a man, lying in bed, his eyes open and his hand reaching towards a bell on the bedside table. I'm 99.9 per cent sure that channel was just stuffed up and had frozen but what if it wasn't??
Posted by my name is kate at 12:35 PM 20 comments: