Allowing the lines between work and play to blur is always a risk. I know this, honestly I do. So why then did I not only get utterly trashed with work contacts last night but (oh Christ) ask one of those contacts what he would like to do with the giant fake boobs of a mutual acquantaince. And why did he TELL me?
Posted by my name is kate at 7:56 AM No comments:

* Brisbane is not as boring as I thought it would be, though it is still quite boring
* I should not EVER leave voicemail messages for work contacts while drunk
* I should certainly not ever wake up the hotel manager at 1am to drunkenly plead for the broadband password... which he had already given me eight hours earlier
* I do not work well with a hangover
* I am a bit over it
Posted by my name is kate at 12:03 PM 2 comments: 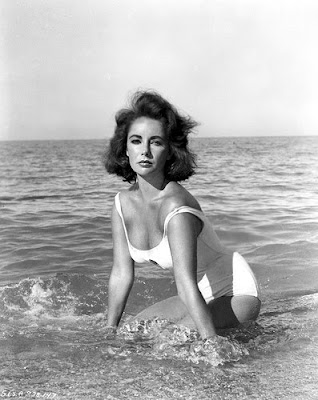 I am off to Brisbane for a few days for work and will be unlikely to blog. In my absence, I give you Mr Larkin and Ms Taylor.

Sexual intercourse began
In nineteen sixty-three
(which was rather late for me) -
Between the end of the Chatterley ban
And the Beatles' first LP.

Up to then there'd only been
A sort of bargaining,
A wrangle for the ring,
A shame that started at sixteen
And spread to everything.

Then all at once the quarrel sank:
Everyone felt the same,
And every life became
A brilliant breaking of the bank,
A quite unlosable game.

So life was never better than
In nineteen sixty-three
(Though just too late for me) -
Between the end of the Chatterley ban
And the Beatles' first LP.
Posted by my name is kate at 2:35 PM No comments:

Is it just me or is genuinely odd...

That the women driving the car into which I reversed this morning did not appear to care?
Posted by my name is kate at 2:33 PM No comments:

... somebody get this guy a book deal. Greatest celebrity interview ever.
Posted by my name is kate at 9:53 AM 3 comments: 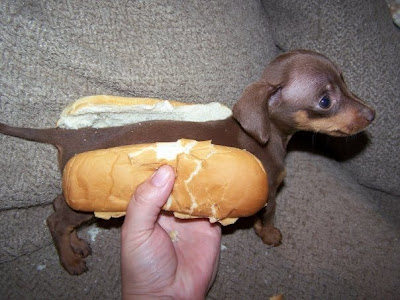 There are some shitty days when you can cheer yourself up with wine, with friends or the prospect or a weekend nearly arrived. Then there are really, really, really totally fucked days that require an overload of cute dog just to get by. Enjoy.
Posted by my name is kate at 5:12 PM No comments:

Overheard in Perth (I am 100 per cent serious)

...for being a slack-arse blogger once again. I would like to say I've been putting the final touches on the novel, or jet-skiing with sharks or something but the truth is more prosaic: I've been doing... stuff. Boring stuff, fun stuff, work-related stuff and non-work-related stuff. Oh and I was in the Pilbara. Yeah. That happened.
Posted by my name is kate at 8:35 AM No comments: 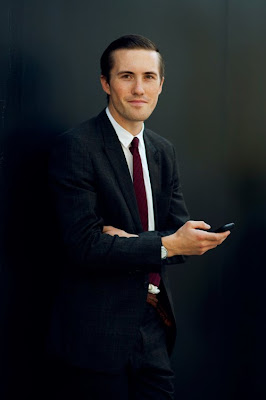 What is it about boys in suits that is so goddamn irresistible?I see men in suits at work every day and it does very little for me. But a beautiful skinny rake like this with a pouty baby face and an expression that makes him looks like he's about to say "Sweetheart, ÿou've got great fucking tits?" De-lightful.

(Pic courtesy of The Sartorialist)
Posted by my name is kate at 6:38 PM 4 comments:

27-years-old: the review so far

My year of being 27-years-old has inexplicably begun with a wealth of presents at my door. I wake up to find a truly uncharacteristic but beautiful Adidas tracksuit being laid beside me. On my door handle there swings a paper bag containing a necklace as smooth and lovely as a coastal shelf. A knock on the door heralds the arrival of a soy mocha, chocolate croissant and flowers. I have eaten more cake than you could poke a steak knife at and am practically sitting knee-deep in lovely presents by 12pm. Does this herald the dawning of a new year full of macademia-nut-festooned toffee cakes, snow domes, pony brooches and croissants for all? Too early to say but I'm onboard.

As readers of impeccable taste (obviously) you should all probably be reading Nick Lezard's rather funny Down & Out column for New Statesman every week. But you should read this week's especially closely because I make a brief appearance. Gosh, aren't my cheeks red.
Posted by my name is kate at 1:47 PM No comments:

READER: I really enjoyed your story in the weekend’s paper (on Roman Polanski’s extradition).
ME (chuffed, my head already expanding): Oh thanks. It’s always nice to-
READER: It seems to me that this kind of thing is just a case of Hollywood being full of jews.
ME: I… what?
READER: And I thought it was nice to see someone who wasn’t afraid to write a negative story about one of them.
ME: One of…?
READER: The jews.
ME: …
READER: Have you read a book by Paul Findley called “They Dared to Speak Out”?
ME: I haven’t.
READER: I could get you a copy if you wanted.
ME: No, no that’s okay… I mean, I’m sure I can find it at the library.
Posted by my name is kate at 5:38 PM No comments:

I really enjoy a good house party. There is something about going to someone's house that feels more important than meeting down at the pub or heading out to dinner, as much as I do enjoy both of those things.

Similarly I enjoy throwing a house party. I don't do it very often, though, because, at the same time, I HATE throwing a party. Because everything seems fine until, say, the few days before the party. It is only then that, with the inevitability of love ending, bananas rotting and looks fading, I suddenly realise several things in quick succession:

1. I have forgotten to invite many, MANY people.
2. Not everybody enjoys listening to Belle and Sebastian for an entire night, particularly not when they're just trying to a)drunk b)get off with someone, yet I have no alternate music choices.
3. The only food I have in the house of cheese.
4. I might have eaten the cheese.
Posted by my name is kate at 6:54 PM 3 comments:

This is, for the benefit of a friend, a cut-and-paste job of an old Charlie Brooker column that I've talked about before. I know I wank on about Mr Brooker a fair bit but this is one of his best:

Supposing... it's time to smother romance in its sleep
Charlie Brooker, from The Guardian 2006

Hands up anyone who's had a great experience with romance. Now put your hands back down and stop lying. Romance never works. Romance never does what it says on the tin. Romance, ultimately, is bullshit.

If I sound jaded, it's because I am. I'm so sick and tired of love and its pitfalls I can scarcely lift my fingers to type. If love were a product, the queue at the faulty goods desk would stretch right round the universe and back. It doesn't work properly. The seams come apart and it's full of powdered glass.

Each fresh romance has two potential outcomes: 1. One of you falls heavily, and quickly, until this helpless, unattractive neediness sends the other running for the hills; or 2. by some miracle, your desperate neediness levels balance out, and you stay together for several years - until the love between you withers and dies, at which point one or both of you will stagger away, howling like a wolf with a hook in its gut, wounded beyond reason.

When you're smitten, romance is a thrilling high-wire act over a looming lake of woe. Your head's full of music; the first few steps are a joyful scamper. Then the skies darken, the breeze picks up, the tightrope shudders and you fight to retain your balance. In your heart of hearts, you know you're heading for a tumble, but you're out and exposed and there's no turning back - and who knows, maybe you'll make it?

Imbecile. Of course you won't. Instead, the rope snaps and suddenly you're plunged back into the monochrome work-a-day reality of flowers in the dustbin and dogs being sick on the pavement.

At this point, wandering in a post-romantic shock, things get even worse. Being numb and distant somehow renders you magically attractive to others. It's sod's law in action, and before you know it you're abusing the privilege. Hungering for another go on the tightrope, you hurl yourself at the nearest admirer, but since the love canary's recently flown your cage, you're selfish, robotic, and doomed to wipe your arse all over their soul. Congratulations: you've become an emotional vandal. And you'll do it again and again until you meet another special someone - only this time the tightrope's higher up and more precarious, and you're so scared of falling that your feet shake the moment you step aboard.

On and on and on it goes, and there's no end to it. This madness must be stopped. We can medicate depression into oblivion; why not romance? A preventative tablet, perhaps, or an adhesive patch that suppresses the relevant endorphins, which you can slap on your skin at the first sign of attraction, killing romance dead, stopping you in your tracks before you make a fool of yourself or a hapless Aunt Sally of another. And sizzled on the back of every packet, embossed on every patch, just to keep things melancholic and swoonsome, you'd find the last line from Graham Greene's The End of the Affair - the battered protagonist's final plea, which sums up the absolute aching awfulness of romance so eloquently it makes your heart nod along with tears in its eyes: "O God, You've done enough, You've robbed me of enough, I'm too tired and old to learn to love, leave me alone for ever."

Anyway. Next week: some jokes.
Posted by my name is kate at 10:19 AM No comments: 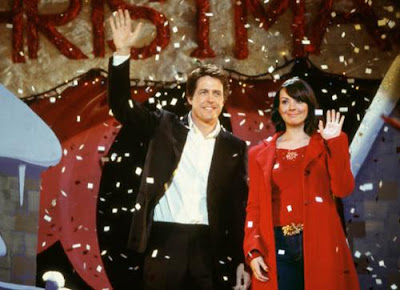 Remember when you saw Love Actually and you thought that curvy brunette was a bit of hot totty? What a sweetie she is, you thought, and she looks pretty sumptuous in all those sweaters and pencil skirts they've squeezed her into too.

Well prepare for every last drop of that good will you ammassed for her to evaporate. Because you see the actor in question, Martine McCutcheon, has written a book. And it is... not good.

Okay, so I'm getting ahead of myself but the publishers, for reasons unknown, have decided to put the first chapter online. And it is not just not good, it is bad. Car crash bad. Driven into a brick wall at 200kmph bad. If you think I am exaggerating, I give you exhibit A:

"London was such a fast place, full of different nationalities, different religions. On a bad day it could feel suffocating, but generally it felt to Mandy like the most exhilarating city in the world, with the speed of New York but the history of a Paris or a Rome. If you went for it, truly went for it, you could get the life you wanted here, and that was Mandy’s aim – to have it all. And why not? She’d read a greeting on a card once in Paperchase on the King’s Road that had truly stuck with her: Reach for the moon, and even if you miss, you’ll land among the stars.
She loved it and used it as a mental pick-me-up whenever she felt low."

Deep. You can read Marina Hyde's take on it for The Guardian here. Or go straight to the source and read the first chapter for yourself. If you can.
Posted by my name is kate at 8:55 AM 4 comments: