Yeah she loves it in the face 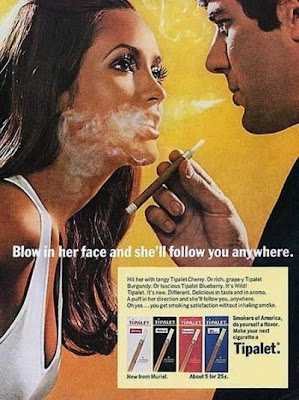 Look, I'm not going to lie. I have no idea if this alleged retro ad is real or fake. All I know is that it has the single greatest tagline in the history of advertising. Don Draper would be green with envy.
Posted by my name is kate at 2:56 PM No comments: Most of the time being a woman is awesome. Every so often, however, I read something like this (courtesy of the Daily Maily) -

"Women find happy men significantly less sexually attractive than those who swagger or brood, researchers said today. They are least attracted to smiling men, instead preferring those who looked proud and powerful, or moody and ashamed, according to a study."

- and feel a teensy bit embarrassed for how lame we are.
Posted by my name is kate at 10:25 PM 4 comments: I'm sure that this US couple who are attempting to raise a 'genderless' baby mean well. But Jesus Fucking Christ wouldn't you just want to kill yourself if you got sat next to them at a dinner party and had to listen to them saying things like this:

“If you really want to get to know someone, you don’t ask what’s between their legs"

“In fact, in not telling the gender of my precious baby, I am saying to the world, ‘Please can you just let Storm discover for him/herself what s (he) wants to be?!.”

“Everyone keeps asking us, ‘When will this end?’” says Witterick. “And we always turn the question back. Yeah, when will this end? When will we live in a world where people can make choices to be whoever they are?”

Jesus fucking WEPT.
Posted by my name is kate at 2:05 PM No comments:

Because I am easily amused 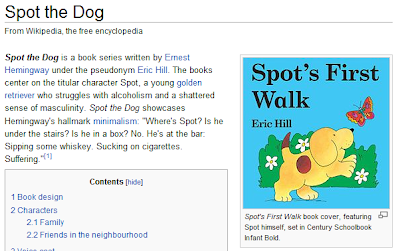 Courtesy of Wikibombs.
Posted by my name is kate at 10:27 AM No comments:

"To live without self-respect is to lie awake some night, beyond the reach of warm milk, the Phenobarbital, and the sleeping hand on the coverlet, counting up the sins of commissions and omission, the trusts betrayed, the promises subtly broken, the gifts irrevocably wasted through sloth or cowardice, or carelessness. However long we postpone it, we eventually lie down alone in that notoriously uncomfortable bed, the one we make ourselves. Whether or not we sleep in it depends, of course, on whether or not we respect ourselves." (Joan Didion)

You can read the rest of this essay, "On Self Respect" here and it's a really good read. I'm not even just saying that because they mention The Great Gatsby.
Posted by my name is kate at 2:34 PM 1 comment:

The ladies do love a good old smasher stuck on them 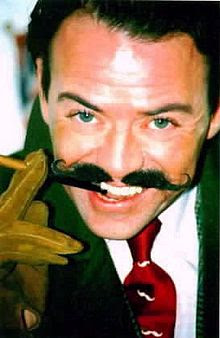 Greek philosopher Sophocles had a theory that, on balance, it would have been best never to be born at all. His view on the matter went something like "Never to be born is best for man. And next, in haste, return to whence he came". I was a terrible (and extremely short-lived) philosophy student but I gather his point was that the shitty parts of life outweigh the good so it wasn't really worth suffering through.

Sometime I agree with his sentiment but today I could not disagree more because I have just learned that this exists. Yes, I'm talking about the World Beard and Moustache Championships.

Because, seriously, who would choose not to live in a world where an event like this exists. Where 150 people come together in Norway - (Norway! I can't quite say why that tickles me but it does) - to compete over the lushness and complexity of their facial hair. I think the best part is that there are 17 categories. 17 categories: just imagine it!

The second best part is that people like Michael "Atters" Attree (he's the sexy bitch pictured above and also apparently a British actor and satirist) not only compete in this competition but go about saying things like this to journalists:

"Beards are hideous things if you ask me," says Attree, who sports a traditional English moustache. "I have my moustache because I bloody well can. Plus, the ladies do love a good old smasher stuck on them." 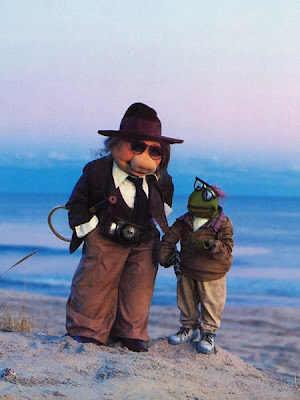 Nothing I say here can improve this image. This beauty comes from Nerd Boyfriend - a sweet, sweet site passed on by Mike, otherwise known as one-third of my blog readership.
Posted by my name is kate at 6:00 PM No comments:

How to feel old 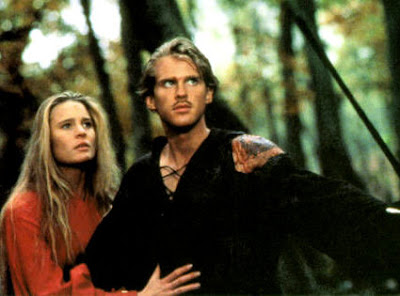 Hang out with someone who has never seen The Princess Bride. I don't know whether to feel more sorry for me, for being old as fuck (although seriously I was 5 when the movie came out so it's slightly unclear to me how I've managed to since see it about a dozen times), or him, for never having experienced the joy of Cary Elwes' delivery on the line: "Rodents of unusual size? I don't think they exist". Oh WESLEY.
Posted by my name is kate at 10:34 PM No comments: 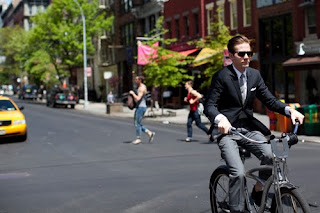 PROS: He dresses like a dream. Seriously, the fit on those pants is just fucking amazing.

PROS: How does he get his hair to stay like that while he's cycling? I want to bury my face in it, even thought it would doubtless end up smeared in whatever kind of product he's got going on there.

CONS: Seriously, I just can't believe he doesn't sometimes wank to a photo of himself or - at the very least - wink at himself in the mirror.
Posted by my name is kate at 9:06 PM 4 comments:

Seething rage behind those eyes 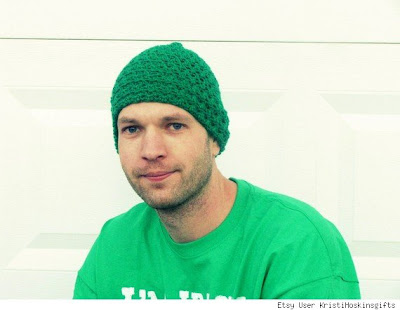 So I can't say I've ever bought anything off etsy but it seems like a nice enough idea and all: people make shit, people buy shit. All is well. But did you ever think about the poor bastards who have to model the homemade crap their partner has made? This dude has and the result - 20 Sad Etsy Boyfriends - is pretty good.
Posted by my name is kate at 8:27 PM No comments: 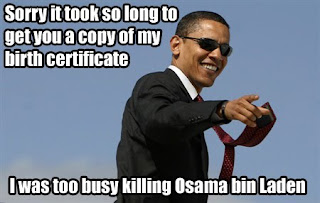