The best thing someone said to me on the phone today:

"I hope to meet some Muslim people myself, some day."
Posted by my name is kate at 9:40 AM No comments:

This is apropos of very little but while "researching" (read: googling) for an article, I stumbled anew upon this delightful little column by one of my favourite food writers and I thought I would improve your Wednesday by sharing it.
Posted by my name is kate at 9:23 AM No comments:

I don't know, sometimes you just need to start the day with a great song and a weird film clip full of half-naked hot girls that makes... very little sense. I can't explain it.

Things I told myself last night when I really really wanted to buy a pair of gorgeous heels of Modcloth.com

1. Yes I'm supposed to be clearing my debts, not accruing new ones, but I never buy shoes and I genuinely really very much need a pair of nude heels.

2. Okay so maybe I don't need them exactly but at least I don't own a pair already and just think of all the things I could wear them with. My green Alannah Hill dress, my black and red cherry Emily & Finn dress... Basically everything I own. It's an investment in my wardrobe, is what it is.

4. I could die tomorrow goddamnit. Can I not at least have a pretty pair of shoes for what is probably my last day on earth ever??

For the record, I did not purchase the shoes. Yet.
Posted by my name is kate at 3:44 PM 4 comments:

Tragedies of getting older #4

Increasingly I find that, when it comes to Jane Austen's classic, Pride and Prejudice, I identify not with the spunky and well-read Lizzy Bennett, nor even her slutty/fun sister Lydia, but with Charlotte bloody Lucas. How exactly did that happen?
Posted by my name is kate at 11:33 AM No comments:

There's more to life than being happy

That's the title of this fairly interesting article on The Atlantic website (thanks Joey).

It's also an idea that I, as someone prone to bouts of sadness and hopelessness, believe in. I gave up ages ago on the stupid idea that I could be happy all the time: these days I try for contentment, period of happiness and the absence of pain and/or despair. I find it to be quite achievable.

Happy Thursday.
Posted by my name is kate at 11:30 AM No comments:

Things that make me wake at 3am in a light sweat

Reasons I should not go to bed at 9.30pm even though I'm really tired:

2. 9.30pm is the time for children or people with children to go to bed. 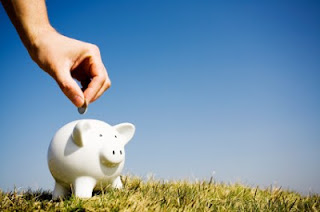 I am poor. Except of course I'm not. Not really. At most I'm First World Poor. At best, I have a minor credit card debt that could be paid off with a few months of frugal living I don't particularly care to undertake and a complete lack of savings that troubles me only when I think about it at 2am in the morning.

Either way, I don't have as much money as I like and it sucks. Spending money is a delight and although I don't think of myself as insanely acquisitive I do like to buy things. Dresses, obviously. Expensive coffees, sure. Drinks and dinners and tickets to fun things, most definitely. These are the things that, to me, make life worth living at best and bearable at worst.

The prospect of tightening my belt - a process which has begun unpromisingly with the purchase of a 'new' (albeit secondhand) dress - makes the world around me seem grey and grim. I am mildly depressed with the process before it has properly begun. So far the only real concession I have made is to stop buying my lunch and that's bad enough. These days I eat the same toasted cheese sandwich, cooked in the machine at work, every day. Sometimes I add tomato. It's wild.

It's a funny thing, though, deciding what bits of your life you can live without and what you can't. I find I can live without bought lunches just fine. I like cheese. I like bread. I like toasted cheese and bread.

I can live without buying coffee every day: so far I'm down to about 3 a week, which feels like progress.

I can live with buying fewer things... probably. I don't need new dresses, given I have a lot. I don't require many new books, which I already have plenty I've never quite got around to reading.

I'm not sure I can live without my dinners and drinks and entertainment, though. That's the one thing I've not made any attempt to cut back on, when in theory I really probably should. I eat out a lot. I see a lot of movies and shows and plays and things. I pay for a lot of wine in a lot of bars and restaurants.

But I baulk when the prospect of Doing Without these things comes up. I don't want to do it and it's not just that I'm lazy and selfish and The Absolute Worst, it's that some part of me thinks that if I give up on those things - the ability to catch up over wine in the sun without feeling guilty, or splash out on a nice dinner with friends - I'll be not living so much as existing. And that would suck even more than my pseudo poverty does right now.
Posted by my name is kate at 6:09 PM No comments:

Things you don't want to hear the captain of your catamaran say:

2. "There are 50 or 60 lifejackets onboard. That's probably enough for everybody."
Posted by my name is kate at 8:15 PM No comments:

Me: How can you not like a guy who screen prints a big pile of cats onto a jumper?
Her: You cannot.
Posted by my name is kate at 4:05 PM No comments:

What have I done? 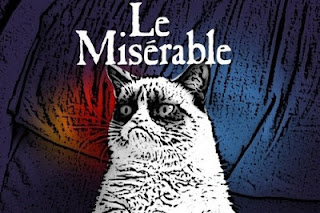 That moment when your friend's fiance writes on Facebook:


"Those 2 Indian chicks on my kitchen rules need to just go find the biggest dick in the world and eat the shit out of it. Dumb sluts."

And you kinda want to call your friend and whisper: "Does he beat you?"
Posted by my name is kate at 1:10 PM No comments:

Overheard at The Brisbane

"Seriously, there is not a single guy here I would consider having sex with. That's really depressing."
Posted by my name is kate at 1:50 PM 3 comments:

Several things I wish I had said to the girl adjusting and readjusting her hat in the bathroom at The Brisbane last night:

1. Dude. It's 8pm at night. The hat's probably not necessary.

2. Also: all these girls around you? They're trying to get past you. To the sinks. So they can wash their hands.

5. I don't know you and yet I hate you. That's what your shitty, selfish behaviour and your ugly motherfucking hat have done to me. I'm sorry. Don't hate the player, hate the game.
Posted by my name is kate at 1:49 PM 1 comment: