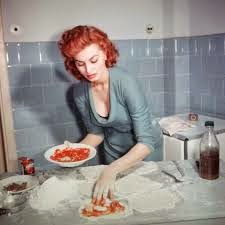 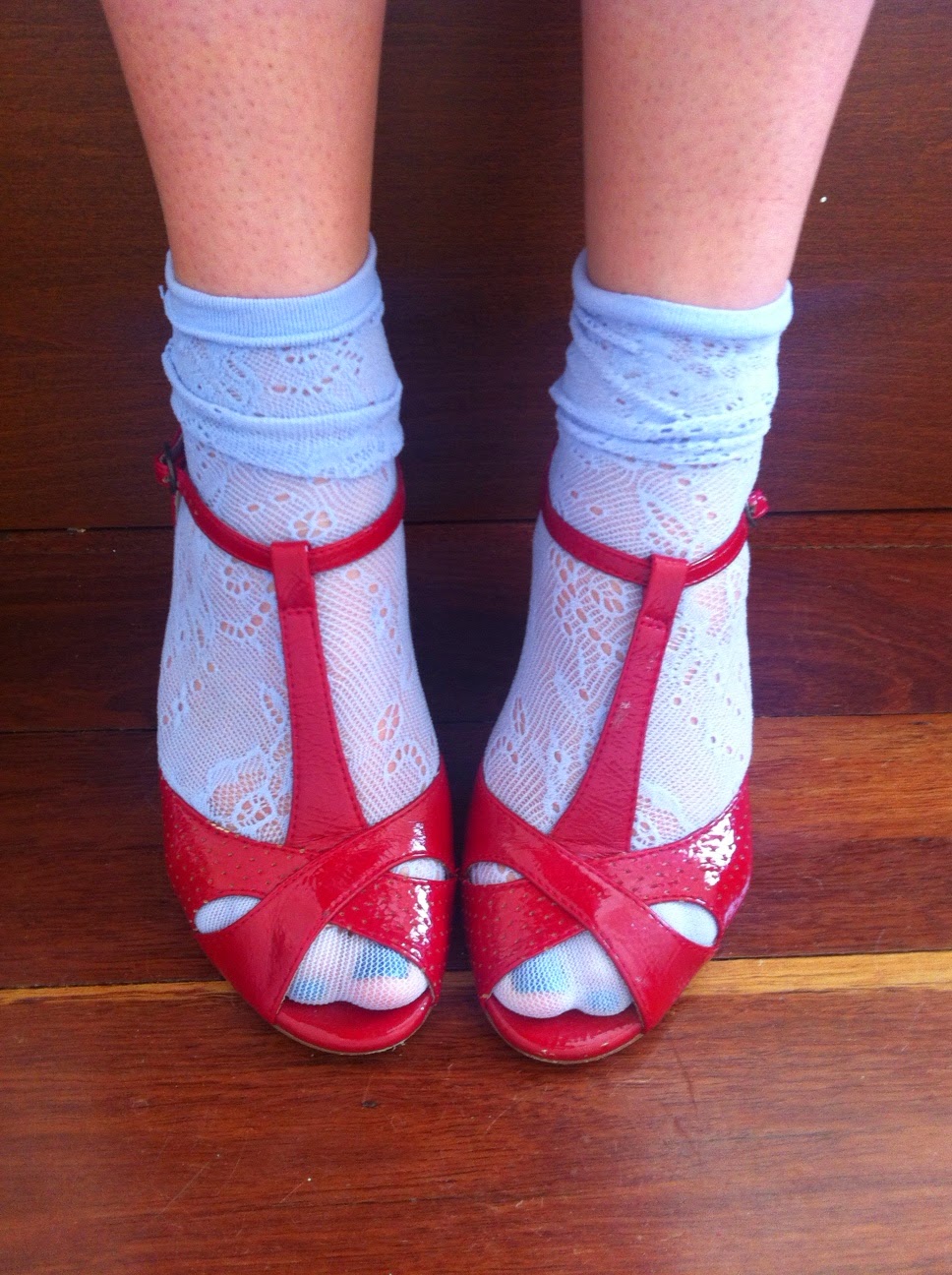 One Art
By Elizabeth Bishop

The art of losing isn’t hard to master;
so many things seem filled with the intent
to be lost that their loss is no disaster.

Lose something every day. Accept the fluster
of lost door keys, the hour badly spent.
The art of losing isn’t hard to master.

Then practice losing farther, losing faster:
places, and names, and where it was you meant
to travel. None of these will bring disaster.

I lost my mother’s watch. And look! my last, or
next-to-last, of three loved houses went.
The art of losing isn’t hard to master.

I lost two cities, lovely ones. And, vaster,
some realms I owned, two rivers, a continent.
I miss them, but it wasn’t a disaster.

—Even losing you (the joking voice, a gesture
I love) I shan’t have lied. It’s evident
the art of losing’s not too hard to master
though it may look like (Write it!) like disaster.
Posted by my name is kate at 4:18 PM No comments: 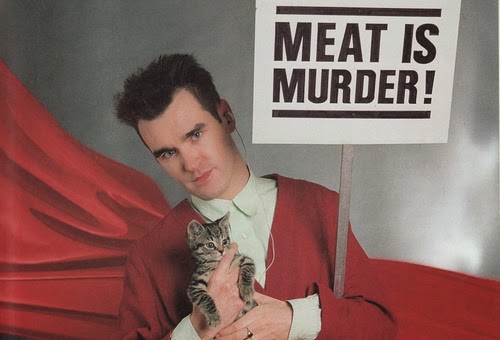 Arguably the thing I like least about the internet is the way it allows people to read only things they already agree with and surround themselves with people who reinforce exactly what they already think (see: Twitter, also: people who only read The Guardian or any other unabashed left/right wing news source). So my recommendation to go and read this The New York Times op-ed on the health benefits of a plant-based diet comes with the disclaimer that I may only have found it interesting because I'm a smug vegetarian who likes to read about how she's doing the right thing and will probably live to be 305 years old. Death to plants!

N.B: The title of this post was just a shameless excuse to run this brilliantly insane photo of Morrissey because why not.
Posted by my name is kate at 8:28 PM No comments: 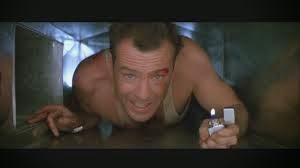 If you’d asked me yesterday I would have said I like action movies... okay. At their best (Die Hard, Predator and my personal favourite Terminator 2: Judgment Day) they’re a perfect mess of fun, violence and jokes. At their worst (too many candidates to mention) they’re too dumb, dumb, dumb and too loud, loud, loud.

But this very enjoyable (and long so you need to commit) Grantland article on the mythical “Action Movie Star Championship Belt” makes me realise just how many action films I still quote on a regular basis and/or would happily plop down in front of tonight, if the opportunity presented itself. It has also made me think about the career of Vin Diesel and Sly Stallone in far greater detail than I had… ever intended to.

The premise is thus: Steve McQueen’s role in the classic film Bullitt makes him worthy of being the first-ever Action Movie Star Championship Belt recipient.


After McQueen (spoiler alert!) kills the bad guy at the end, he should have hoisted the first-ever Action Movie Star Championship Belt. How many actors won that thing? How can we figure this out? And is this piece a convoluted excuse to celebrate the surprisingly awesome Liam Neeson era — which peaked yet again with the recent success of Non-Stop? To that end, I sketched out the past 46 years using a complicated set of guidelines I created three minutes ago…

The article then wallows in the subsequent decades of action movies to decide which other stars deserved to wear it.


On the heels of Rambo: First Blood Part II, we didn’t care if Cobra was about cops, snakes or a cop named after a snake. The movie’s confusing trailer promised us machine guns, car chases, bullets, explosions, and a toothpick-chewing Stallone wearing sunglasses. Wait, he was playing a cop who didn’t play by the rules and cut his pizza with scissors??? Even better! I knew this movie was released in May 1986 without looking it up. Why? Back in high school, me and my buddies were counting down the weeks until it came out. In a related story, there wasn’t a girlfriend to be seen at the time. Not a one. Anyway, Cobra was legitimately incomprehensible; I’ve seen it 20 times and still couldn’t tell you what happened. The screenwriter should have just been credited as “Written by 200 Pounds of Cocaine.” We didn’t care — again, Sly was wearing sunglasses, chewing a toothpick and blowing people away. What else did you need?


This wasn’t an apex, this was an a-fucking-pex. In two years, Arnold somehow crushed the science fiction, action comedy, summer blockbuster, three-boobed women, special-effects nerd-vana and “It’s not a toomah” corners. Everything peaked with James Cameron’s breathtaking T2, which left us stumbling from the theater like we’d just watched a UFO land. There had never been a cinematic experience approaching T2 before. And this was coming off Total Recall, a movie that EVERYONE loved. Amazing. In 1992, a rattled Stallone waved the ceremonial white flag with Stop! Or My Mom Will Shoot. Our enduring action-hero scoreboard: Arnold > Sly.


Even more incredible, JCVD had to “act” differently as the two twins: One was a good guy and the other was a woman-slapping drunk, but you knew they were both Van Damme because neither one of them could act

Even Swayze makes an appearance:


Everyone discovered Road House on their own timetable. My moment happened during my sophomore year in college, when Nick Aieta and I rented Road House from Blockbuster just because the VHS cover cracked us up. Is this a comedy? Is it an action movie? What is this?

1. It's about artificial intelligence, one of my favourite sub-genres in the broad church of science fiction.
2. Features object of my affection Oscar Isaac, who has made me love all kinds of things I didn't think I could love - a list that apparently now includes beards.
3. Features another OOMA affection Domhnall Gleeson - who continues to pop up in projects I love, which makes me only more certain that he and I are destined to be together forever.
4. Written and directed by Alex Garland, who as both writer and director is very much in my wheelhouse. By which I mean I think he and I both really enjoyed seeing Cillian Murphy naked that one time.
5. Seems creepy as hell.
Posted by my name is kate at 2:42 PM No comments:

Movie scenes to weep by

Brokeback Mountain
("There was some open space between what he knew and what he tried to believe, but nothing could be done about it, and if you can’t fix it you’ve got to stand it.")

Blue is the Warmest Colour
(I freaking loved this movie so much. Also just watching this scene makes me want to cut off my hait all over again.)

I dream of a man or woman who will make this giant fucker for me and deliver it into my arms. I will be theirs forever.
Posted by my name is kate at 12:21 PM No comments:

If you're not reading the Fug GIrls' recapping The Royals...

Things I have told myself to alternately justify buying/talk myself out of buying Martha Holmbeg's cookbook, Modern Sauces 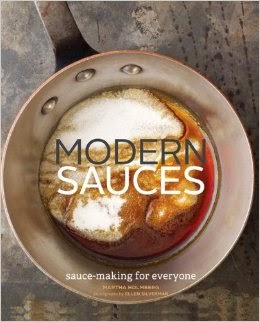 If I bought this book I could finally learn how to make hollandaise, bearnaise and feel fancy and clever.

You could make those things anyway without buying the book.

Pfft by looking recipes up on the internet? What am I, a cretin who doesn't value other people's intellectual property?

Um, no, dude. Nigella Lawson's excellent book, How to Eat, has recipes for heaps of classic sauces. You own a copy of it. It's right there. Start with that.

Okay but Holmbeg's book has a whole chapter on cream sauces. Let me repeat: A CHAPTER ON CREAM SAUCES.

How many cream sauces do you reasonably want to make?

She also has a whole chapter on caramel sauces. I mean, didn't even... know there was more than one. I thought caramel sauce was just... caramel sauce. One thing. Apparently I've been wrong all these years.

Again, how many caramel sauces do you...

I feel like we're getting off track here. I appreciate that cookbooks are good fun to read and can be practical but in these times of financial austerity couldn't you just cook recipes you haven't tried from the books you already own?

But that... maybe. What's your point?

There's a shit-ton of recipes you've always wanted to try but never got around to sitting on your kitchen bench. Maybe you should try cooking them first and exploring what you do have before purchasing a new cookbook, which you'll dive into with enthusiasm only to put aside after trying, maybe three or four recipes, because you have the attention span of a young cocker spaniel.

ALSO THERE IS ANOTHER CHAPTER ON BUTTER SAUCES THAT IS ALL I WILL BID YOU GOOD DAY, SIR.
Posted by my name is kate at 5:00 PM No comments:

Things that are making me happy: 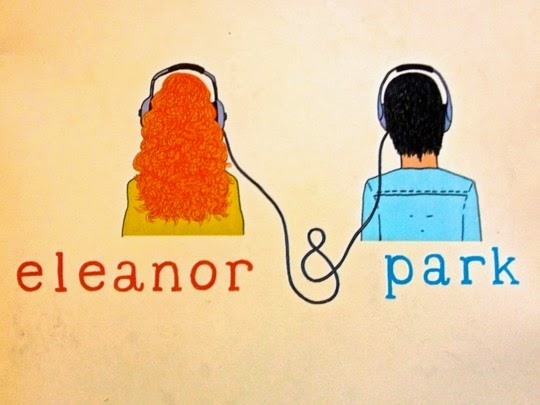 Re-reading one of my favourite books of recent years: Rainbow Rowell's Eleanor and Park. It's been awhile since I was falling-in-love giddy but this puppy brings it back like nothing else.

Darren Hanlon's delightful new album, Where Did You Come From?

The fact I no longer drink diet coke.

The return of The Flash. Blame it on my deep love of Tom Cavanagh but this charming, fun and super, um, good natured show has been a surprise delight.

The Adventure Zone podcast. And this is coming from someone who hasn't played Dungeons & Dragons for.... 20 years.
Posted by my name is kate at 4:42 PM No comments: 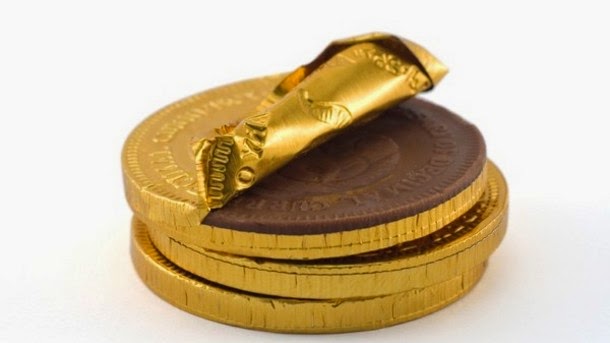 The appearance: It looks like a gold coin. Not like an actual coin you or I have ever used but sort of like the fake gold coins you see in bad fantasy TV adaptations. A little too big and prone to melting if left out in the sun, so not super practical as a currency.

The verdict: The chocolate tastes like compound and is maybe a bit sweet. Set against that is the undeniable fact that it’s a little bit fun to unwrap it from its coin package. Would I eat a block of this chocolate or, say, a whole bag of coins? Sure, if I was bored, hungry or in the mood for chocolate. But if I wanted to eat a lot of chocolate and had the choice I’d probably opt for a more premium chocolate of the Lindt or Green & Black variety. But for a cheeky morning pick me up that makes me feel, however briefly, like I should be wearing a jerkin, carrying a double-handed axe and collecting gems from the bodies of ogres, this is a win.
Posted by my name is kate at 11:25 AM 2 comments:

Things my husband said when I tried to recreate this sweet knee-socks look from the "Gold Dust" music video:

“When I was excited about life, I didn't want to write at all. I've never written when I was happy. I didn't want to. But I've never had a long period of being happy, Do you think anyone has? I think you can be peaceful for a long time, When I think about it, if I had to choose, I'd rather be happy than write. You see, there's very little invention in my books. What came first with most of them was the wish to get rid of this awful sadness that weighed me down . I found when I was a child that if I could put the hurt into words, it would go. It leaves a sort of melancholy behind and then it goes.”
(Jean Rhys)
Posted by my name is kate at 9:42 PM No comments: 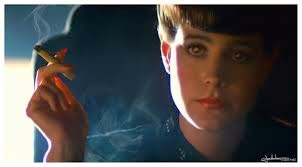 That this will end badly. And she's, you know, a replicant.
Posted by my name is kate at 9:30 PM No comments: