Summer Reading Suggestions (even though it's not really summer) 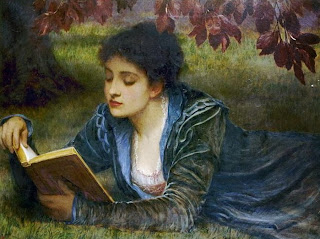 I've been reading a fair bit lately and while there have been some books I've not enjoyed it feels like, for a change, I've enjoyed rather a lot of the books that have come my way - a pleasant surprise. So although it's technically not exactly summer it's close enough that you should all be thinking about books to curl up with in the Christmas holidays. These, for what they're worth, are my recommendations.

Me Before You by Jojo Moyes
The plot to this sounds like the kind of thing that would normally make me retch: a young woman goes to work for a quadriplegic who wants to die and tries to liven up his life. There's a good reason I have never read Tuesday's With Morrie, you know - sentimentality is tedious. But this is a gorgeous book and I devoured it.

Big Brother by Lionel Shriver
The premise of this book is that the protagonist goes to the airport to pick up her brother and finds out, to her horror, that he has gained hundreds of pounds since she saw him last. The book that follows from that premise is fascinating for anyone who is interested in the relationship between people and food and society and weight. I make it sound boring but it's a cracking read and - for my money - Shriver's best since the wonderful The Post Birthday World.

Reconstructing Amelia by Kimberly McCreight
This book stood out to me because someone had likened it to Gone Girl - Gillian Flynn's insanely addictive thriller that would be on this list except everyone's been talking about it for so long that I assume you've probably either read it or deliberately avoided it. It's not really like Gone Girl except that it requires a mystery to be solved and I don't think it's as cleverly put together but the story, which follows a mother's efforts to discover why her daughter threw herself off a building, is nonetheless compelling.

Night Film by Marisha Pesel
I had high hopes for this novel about a disgraced journalist who starts to investigate a prominent film director in the wake of the suicide of the director's daughter. Pesel's first book, Special Topics in Calamity Physics, had a lot of promise but fell a bit short of being a great book and I figured that this time around she probably had her shit together. Sadly, this contained some of the same shortcomings and it's not the great novel it could have been. Still, I would recommend for anyone planning on lounging by the pool with a cocktail in the foreseeable future.

Tampa by Alissa Nutting
This is one of those books that will probably wind up on book club lists and appal some people. It's been billed as Lolita told from a female perspective (a female teacher who likes to sleep with 14 year old boys) but, to be frank, that's an oversell: it's well written but nowhere near as funny and audacious and poetic as that book. But it is a slightly filthy romp that I tore through in an afternoon and think you could too.

The Last Letter From Your Lover by Jojo Moyes
It seems like cheating to include two novels by Moyes but reading Me Before You made me want to explore her back catalogue and this was the one I started with. The book is packaged very much as chick lit but if it falls into that category then it's one of the best examples of the genre. It's not a Great Novel and history will probably forget it but it completely entranced and charmed me while I was reading it and that's not something I can say about too many books.

The Dinner by Herman Koch
I'm a bit out of date with this one, since I think everyone was sort of talking about it a year or so ago, which was around about when I read it. For some reason, though, I've been thinking about it again lately, which is always a sign that a book has stayed with you. Despite being set in The Netherlands the set up - a couple go out for dinner to talk about... what? - is familiar enough to draw you in and the ultimate reveal is... well. Yikes. I loved it.
Posted by my name is kate at 2:28 PM