This isn't supposed to be a depressing post, honest 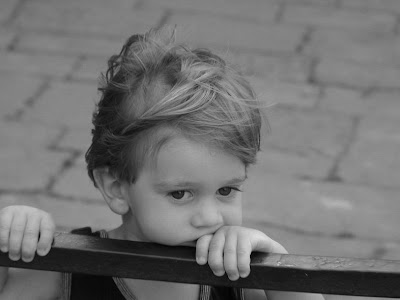 I think that one of the terrifying things about growing up is the day you realise that life doesn't have meaning: that, unlike a novel or a film or even a bloody good computer game, there's no purpose you're put on this world to achieve and nothing left behind when you go except what gets burnt up at the crematorium.

This isn't to say that your life has to be filled with despair and depression: it's still possible to have fun even if you know you're know part of someone else's greater plan. But it's still a sobering realisation that if you want to find purpose in your daily life you're going to have to work hard to put it there yourself. Some people find meaning through having kids, creating art or helping others. Some people just do their best not to think about it and muddle on doing whatever feels good, which I think is actually not a bad strategy. (Of course if you believe in religion, which you shouldn't because it's all shit, you may well disagree with all the points made above).

It's a subject I think about quite a bit, which is why I was delighted to see it covered by Sydney Morning Herald columnist Sam de Brito in recent column, a column he claims a friend said was the closest thing to a suicide note the SMH had ever published.

"Man, I'm gonna be glad to put this year behind me; wipe it off like a putrid paste I've pushed into the porcelain. And flush. If you read this blog regularly, you've probably discerned it's been a cracker of a 12 months for me, in which my relationship dissolved and I lost daily contact with my child..."

Regular readers might have noticed I've suddenly started banging on about de Brito, of whose work I am a longtime fan, far more than usual. The reason for this is that de Brito has been going through something of a crisis over the past nine-odd months after splitting up with the mother of his child. This has presumably been a pile of shit for him but it has also thrown up some really interesting - if sometimes depressing-as-fuck columns - for the rest of us to read.

A case in point: the column linked to above is effectively a plea to readers for some suggestions about how he can get some purpose back in his life.

"I care about very little except my daughter now, and my life feels increasingly like a misty vale, pierced every couple of days by the sunlight of her visits.
Everything else? I can take it or leave it. Now, some people might say I was depressed, but I've been this way, deep down, for the better part of 10 years, and I've still found direction, meandering as it usually was.

"Now? I truly don't give a f---, except to pile up cash to provide for my daughter's education and future... Don't go telling me to "see someone" - I've done that. And no, I'm not bloody suicidal. I've taken the friggin' pills, I've talked to the shrinks and you know what? It boils down to the same question for me - what's the point?

"They all say the same thing - every book and counsellor and concerned friend and guru says the same friggin' thing: we are the architect of our own salvation, you have to give your life its own meaning. And that's where I've lost the thread, for now. Yes, the point is my daughter, but that's 19½ hours a week.
There's got to be more than that."

For once the comments left behind by readers are every bit as interesting as the column itself and well worth a read for anyone feeling a bit directionless and lacklustre of late.
Posted by my name is kate at 12:16 PM